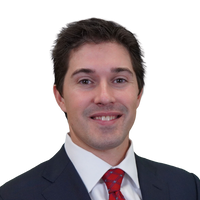 Before founding the Henderson Law Group, PLLC, Don was an associate attorney at Dugger & Associates for 12 years where he provided daily outhouse counsel to the firm’s wide variety of business clients in addition to assisting with the estate planning and probate needs of the business clients’ executives, as well as friends and family.

Don graduated from the University of Houston Law Center and was admitted to practice in the State of Texas in 2010. Prior to law school, Don attended Centenary College in Shreveport, Louisiana where he earned a Bachelor of Science in Political Science and a minor in Business Administration.

Don is a native Houstonian, married to Megan (Bockhorn) of Brenham, Texas, and the son of Marjorie and Don Henderson. Mr. Henderson previously served the State of Texas as a member of both the Texas House of Representatives and Senate.

When Don isn’t chasing his two young children around the house, you will likely find him checking on his family’s small cattle operation in East Texas, or somewhere under the sun on a soccer field.